What a woman she is!

Coming from a big family Lilian de Geus (26) was encouraged to be active all along. She started her career in sports early in life, started off as a top-level football player and switched to windsurfing aged 12, to chase her dream of reaching the very top.

Lilian is a professional windsurfer in the Olympic RX:S class, which allows contestants to surf in low to medium wind conditions from 3-30 knots.

RS:X is always a dynamic, versatile class to observe, and racing is always close, exciting and visually appealing. It is the most affordable yachting class that is eligible for competition in the Olympic Games. It is also very easy to transport, as it can be carried on commercial aircraft as excess baggage, thus allowing sailors to compete internationally at minimal expense.

Over the years Lilian has been recognized for her talent, internationally. She participated in the 2016 Summer Olympics in Rio de Janeiro, with the ambition of nothing less but a medal. When she missed the bronze medal by a single(!) point (coming in 4th), she experienced a big set back and decided to use 2017 as a fruitful year to recharge and regain her strength.

Once she was ready to compete at the international stage once again, she made a plan with her coach to get her back in the game in 2018. Fully reloaded and motivated she worked hard and in August 2018 she became the world windsurf champion in the Olympic RX:S class in Aarhus, Denmark.

Take a moment and enjoy the sheer joy of Lilian taking the world title:

Lilian's next big dream is to win the gold medal at The Summer Olympic Games in Tokyo 2020.

To reach this lifelong achievement there is a big team behind the scenes: A coach, trainer, physical trainer, sports doctor, and a physiotherapist, ensuring that Lilian is at her best at every single competition. The key here is mental sharpness, physical endurance and ability to read the water and wind so she could use tactics to gain an advantage.

Lilian's focus is relentless: training and preparation for the games are unforgiving and very demanding. She maintains her top performance by competing for the prices at the international top sports championships of windsurfing (world cups among other).

Perhaps surprisingly, some of her best teachers have not only been her team of experts. Lilian has learned enormously from her competitors, during the informal competitions. By choosing her best training partners - both women and men -  she could learn new tricks on the water, get physically challenged and prepare for the demanding tournaments.

To prepare for the Summer Olympics in Tokyo 2020, Lilian is scheduled to compete during the Olympic Games Test Event at Enoshima, Japan during the summer of 2019. This is where the big challenge starts: Lilian and her team will arrive at a new venue figuring out the right strategy as well as tactics, for her to win the Olympics. Her performance will be dependant on her ability to adapt to the conditions, tackle the waves, the wind and its shifts. A single mistake for Lilian not to read the conditions well enough and she could end up meters behind her competitors, hindering her chances of winning the finals.

We will follow Lilian's preparations on her way to Tokyo, as she progresses from the international competitions to the Summer Olympics in 2020. 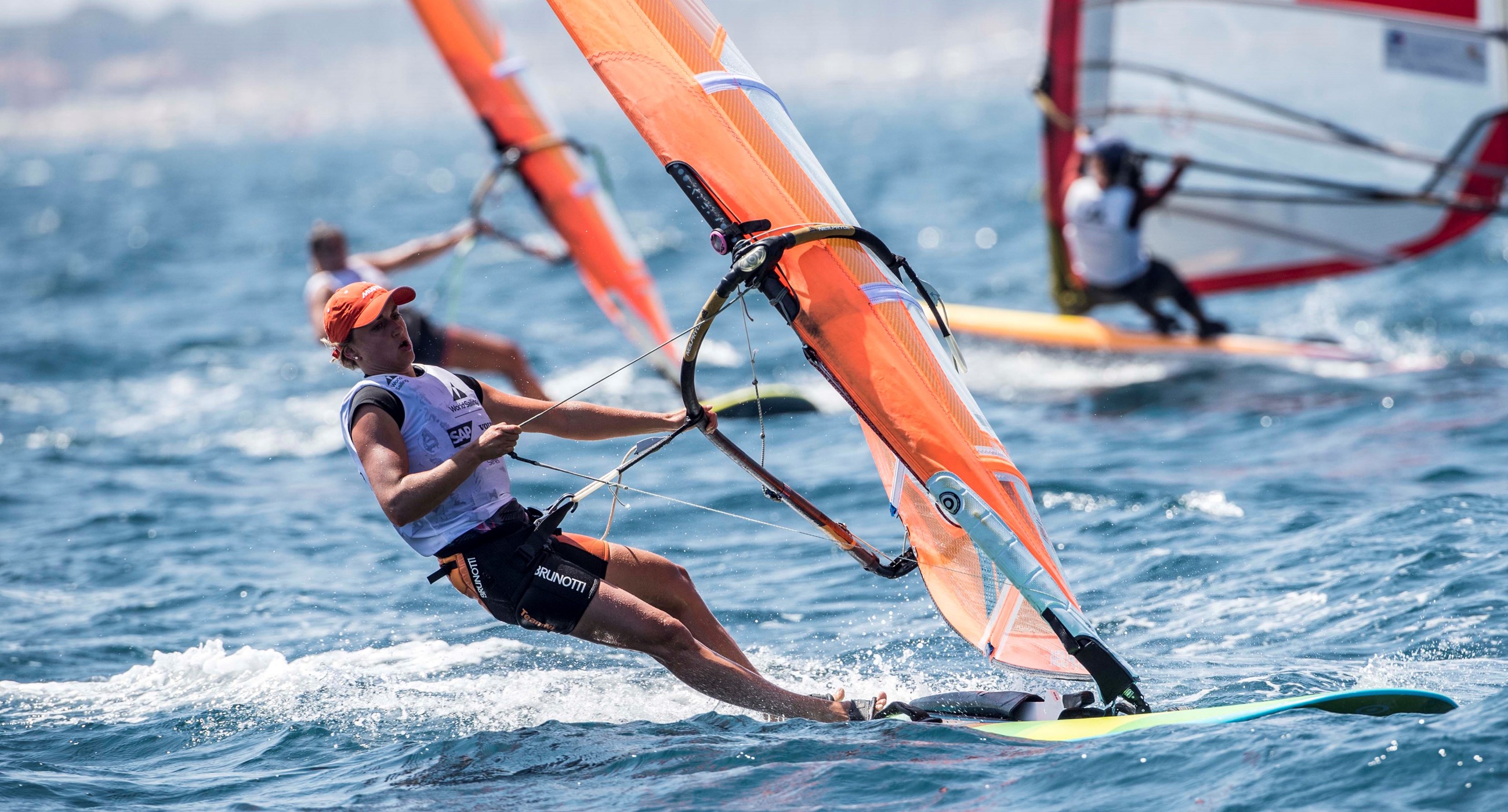 Should you have any questions for Lilian, please contact Velina Veleva at velina@excelerators.eu

December 9, 2019
WINDSURFING AND ITS SPECTACULAR RISE TO A DYNAMIC OLYMPIC SPORT

Making an impact: know the field, play with the best, be resilient

We are going to the Olympics in Tokyo 2020! With an ambition to bring home Olympic Gold!